It's been a while since I've written anything, but I'm making a new start on it!

This year I have already completed Senior Europeans, 3 World Cups and the U23 World Championships. Next up I have U23 Europeans and the last 2 World Cups!

I wanna talk about what's happened the past year....made the senior team beginning of last year in both boats which was a major step up from not making the U23/Senior team in C1 in 2014 but after the kick up the butt I had from that year I became determined to push for better things and they came!

The first highlight was becoming Senior European Champion in C1 after a difficult year to come back and get that title was awesome however, my best experience from last year was the Lee Valley Senior World Championships....nothing gets better than a big event with a home crowd. Although I did not get the results I would have hoped for, 4th in C1 and 10th in K1 after a late 50 second penalty was put on pushing me from SILVER to 10th I was still very happy with the event as a whole. I did come away with a SILVER medal with Lizzie Neave and Fiona Pennie in the team event which was awesome!

It was then time for Olympic Selection and Senior team selection for 2016 to finish the season off. It was a stressful event but I was glad I had managed to keep good form to make the team in both boats again. It was then time for my ACL reconstruction!! Lots of rehab and I was back in the boat within 3 months!

It's now 2016, a busy year this was going to be with 8 international races, long weeks away with training camps around them all. Watching U23/Junior selection was exciting as I had not to worry about racing well and could train through the event as I had been pre-selected through my 2015 results. There was some awesome tight racing, the most memorable part was seeing the young talent from the TID programs set up 3 years ago in Lee Valley come through and race for the Junior teams. Beth Forrow was the most successful to make the team not only just but being the 1st boat in the C1W, there was also another hopefully Phoebe Spicer who was also doubling up like Beth, making 1st reserve for C1W. Beth and Phoebe were also 3/4th reserve boat for the kayak team, they are definitely ones to look out for in the future! There are not just these two girls, there are many others that I have had the privilege to coach a few times who are always having fun on and off the water making the environment that little bit more cheerful!

There have been a few ups and downs already this season, shown some awesome paddling but also shown that I am not consistent....YET! We won teams at the Senior Euro's in C1 and K1 which happened to be Fiona's first time too to win the teams at that event. The last time GB had won that race was at Holme Pierrepont, Nottingham 2009 Senior Europeans with Lizzie Neave, Louise Donnington and Laura Blakeman. I remember raising their flag at that race so to be on the other end of it felt awesome!


U23 Worlds has been the most recent race to this blog. I was excited for this race to deliver runs as close to my plans and as consistently through the rounds as possible. I also had the pleasure of mentoring Beth Forrow at her first international race! 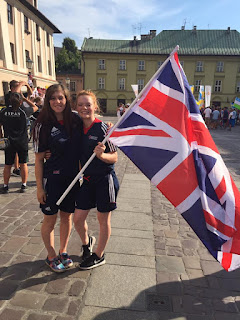 Coming away from that race with a SILVER medal in C1, one place better than last time, was awesome to then go on and win the teams with Jasmine Royle and Eilidh Gibson was even better. Although coming 4th in kayak was a little devastating as I had come 4th in Brazil the year before, though we placed better in K1 teams with a 6th place!

NEXT STOP RIO!
Soooooooo happy that I was selected for the 2016 BOA Ambitions Program to take a trip to Rio to experience the Olympic Games environment and I will write another blog after it! Looking forward to seeing what it involves!!

I'm also very happy to welcome Nationwide Windows and Doors to my journey towards the next Olympic Games! 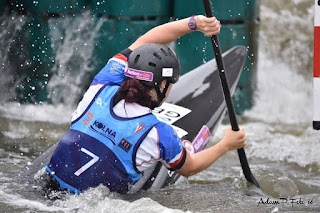